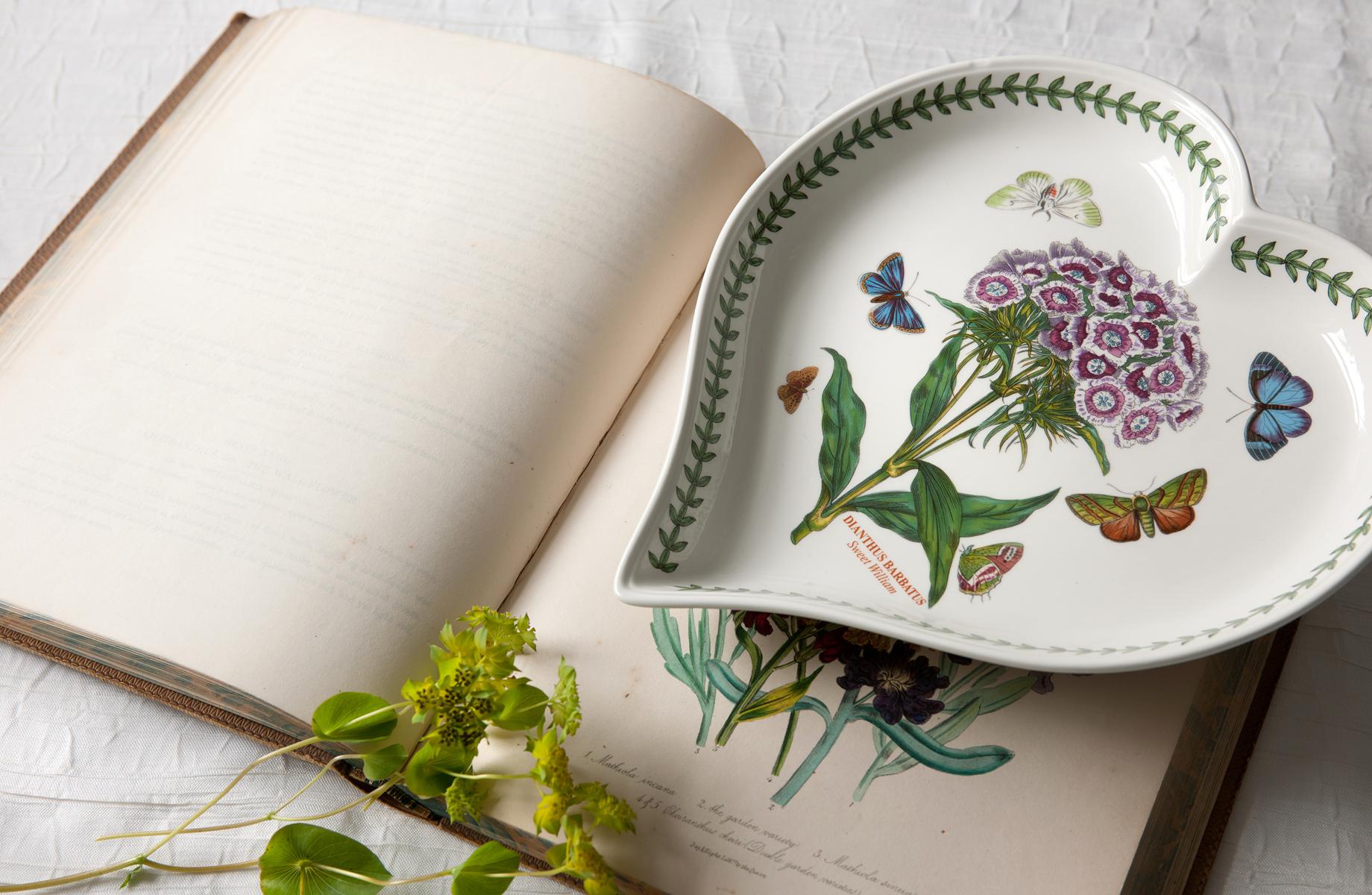 National Gardening Week (30 April–6 May 2018) is an annual celebration of all things green-fingered, and has been organised by the Royal Horticultural Society for the past seven years. It’s an opportunity to stop and appreciate the British garden, from the humble back yard window box to the grandest estate grounds, and in particular, it’s ideal to get more young people interested in gardening.

The history of British horticulture is a fascinating subject, tied up as it is with the voyages of discovery made by the great explorers of the Georgian and Victorian eras, whose botanic discoveries kept naturalists busy for hundreds of years.

One of the leading lights of this defining period was a naturalist called Erasmus Darwin, who could be described as the Brian Cox or David Attenborough of his day, because he tried to popularise science and nature by demystifying it while emphasising its sense of wonder. He was also a key voice in the fight to abolish slavery, so in his day had admirers and detractors in equal number.

In 1791, Darwin published a set of two poems – The Economy of Vegetation and The Loves of the Plants, under the collective title The Botanic Garden. It was a stand-out piece of work, entertaining, informative and often downright bizarre, but it proved hugely popular, not least because The Loves of the Plants was considered quite racy for its day, dealing graphically and poetically with the shocking truth about how baby plants came about!

So how did this piece of work, which had fallen in and out of fashion for nearly 200 years, inspire Portmeirion’s founder Susan Williams-Ellis to name her new collection?

Susan had been researching the publications of the eighteenth and nineteenth centuries, discovering such works as Thomas Green’s encyclopaedic The Universal Herbal and Rebecca Hey’s poetic The Moral of Flowers, both of which were beautifully illustrated in vivid colour from exquisite engravings. Both books were, in their time, essential reading for anyone designing a garden and wishing to fill it with everything the known world – and, of course, our own islands – had to offer.

If you can track down a copy, you’ll be entranced by the beauty on display (they are available in online literary archives too – here are The Universal Herbal and The Moral of Flowers). But if you’re a collector of Portmeirion’s Botanic Garden pottery, the penny will drop as to where the inspiration came from – observe the colours, the artistry, the attention to detail, the perfect posing of the plants, all against a purest white backdrop. Let some butterflies and other insects enter the scene, and the imagery practically transfers itself from the page to the plate.

All Susan had to do was to come up with a name for the collection. As soon as she discovered Erasmus Darwin’s work, it was a natural selection, a glass-house exhibition of nature’s lush abundance, underscored with a playful sense of British quirkiness.

So as we look forward to National Gardening Week, we can’t help but be reminded of how Portmeirion’s most iconic collection is intimately entwined with Britons’ obsession with bringing nature’s magnificence under control in our own gardens. Can there be a more appropriate celebration of our horticultural heritage than to serve up a roast dinner, a shepherd’s pie or even some fish and chips on your Portmeirion Botanic Garden dinner set? We’re sure Erasmus, Thomas and Rebecca would approve. 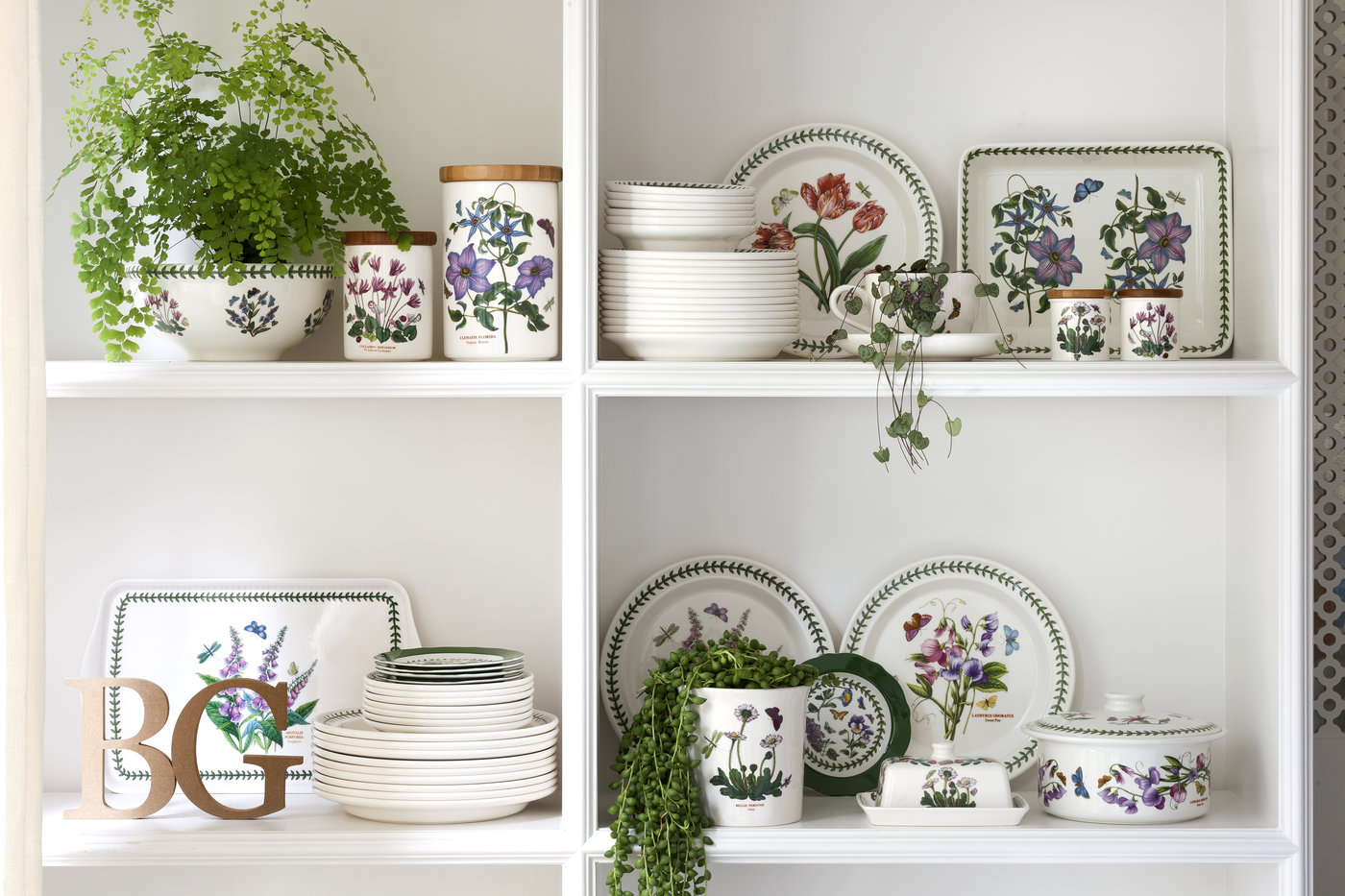 For more on The RHS’s National Gardening Week, and to find out if there are any events on near you, please visit the official website.