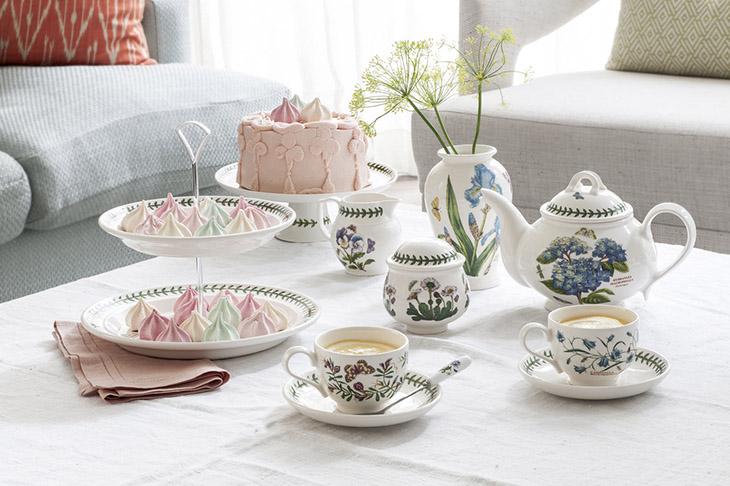 Afternoon tea is probably the oldest latest thing going, with local cafes, five-star hotels and trendy restaurants lapping up the 17th-century tradition as a way of filling the covers during those quiet hours between lunch and dinner (or “tea”, as it’s also confusingly called). It was originally intended as a way of taking the edge off empty upper-class bellies during those same hours, when there were unlikely to be any formal meals between 1 p.m. and 8 p.m. and hunger could set in. After all, could there be a more perfect stopgap than a pot of tea, finger food, pastries and cakes to silence the tummy-rumbles, especially with dear friends?

The tradition, however, fell by the wayside in the twentieth century as people’s lifestyles and work patterns changed. Until a few years ago, afternoon teas remained a minority pursuit, just about kept alive at places like Claridge’s, the Ritz and Betty’s Harrogate.

Well, like so many British traditions that the style gurus had written off, the traditional afternoon tea is back, and probably more exciting and inventive than ever. It’s not unusual for eateries to put on afternoon tea spreads – and nor is it unusual for diners to have to book the experience days or weeks in advance. It isn’t clear whether people are taking late lunches, having the afternoon off or simply because we have more flexible hours than we recently did, but the thriving afternoon tea scene is a real thing, and venues are competing to win the customers.

But not everyone is going out for their afternoon teas. There’s also a thriving culture of throwing our own parties at home. It’s hard to think of a more civilised way of getting together with friends and family members during the daylight hours. Just picture it: sampling interesting flavours; enjoying hearty conversation and laughs; enjoying the rituals of the occasion; and, of course, the tea – a whole subject in itself now that you can get pretty much any flavour under the sun from your local supermarket. Here’s our quick guide to setting out your perfect afternoon tea.

There’s a tradition of the afternoon tea that seems to be so entrenched that it’s hard to imagine an event without one. We’re talking about the tiered cake stand. It’s all part of the theatre of the afternoon tea – the food is displayed right there in front of guests, tempting them to reach across and sample everything on offer.

Several of the trendy eateries dispensing afternoon teas like to play with this theme, bringing on all manner of table ornaments, from miniature bookshelves and picnic tables to extravagant pieces that resemble chandeliers. But these come from the same mindset that’s making restaurant serve food on planks of wood and out of shoes – it’s a novelty, but novelties wear off. 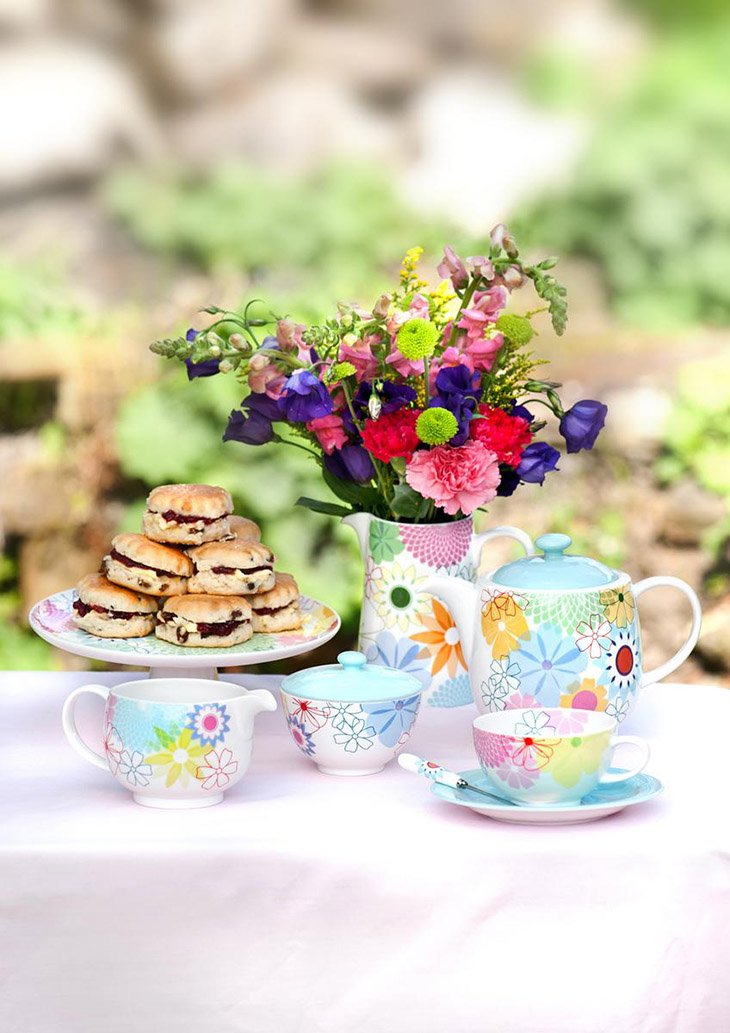 For the true afternoon tea vibe, it has to be a traditional two- or three-tiered cake stand, either in purest white or emblazoned with a traditional geometric or floral pattern.

There’s just something authentic about taking a scone or a prawn sandwich off a piece of delicate pottery. Do they even taste better? Probably not, but eating is about the whole experience. The act of picking up your food is something to feel: anticipation; touch; aroma; taste.

Hang those coffee-stained mugs back on the mug tree. The afternoon tea is all about civility and tradition – and that means cups and saucers made of bone china, porcelain or earthenware. The sound of stainless steel teaspoon on saucer is the unique audio accompaniment to the afternoon tea – in a hotel restaurant it’s all you can hear apart from murmured conversation.

Ideally, tea should be served from a teapot in the centre. If you’re a teabag-in-the-cup person, it’s worth practising your teapot tea beforehand. Timing and temperature are everything, and you need to make sure you pour the teas at just the right moment. If you’re aiming for true traditionalism, you’ll have to find alternatives to teabags, too – invest in a tea strainer and loose-leaf tea for the proper effect. 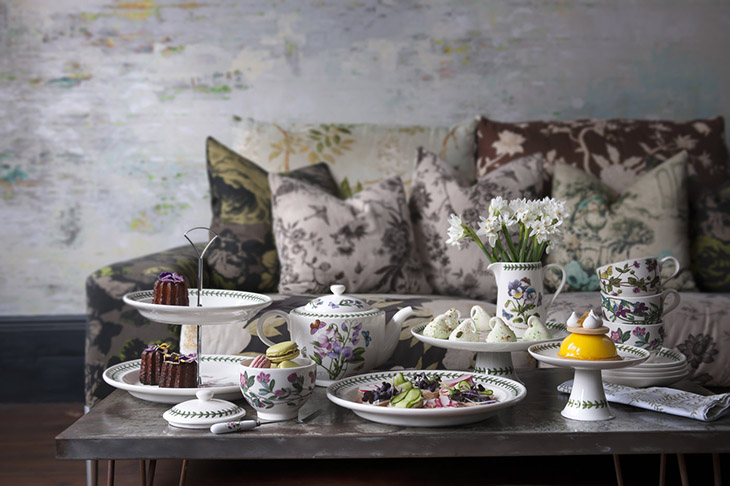 Milk or cream is served from a central jug or individual miniature jugs given to each guest to add to their tea to their own tastes. Sugar should sit in a bowl at the centre with its own spoon – guests who double-dip with a wet spoon should be sent home immediately and told to think about their conduct. Sugar lumps are great, but always include a pair of tongs.

Everyone gets a plate, but a small side-plate or tea plate should be enough, usually 6 inches in diameter – guests will be eating one thing at a time, so there’s no need for a large surface area to tempt them. Note that in the absence of a tiered cake stand, it is acceptable to arrange your foods on large serving plates in the centre of the table.

To match or not to match?

There are two schools of thought when it comes to having the whole afternoon tea-set matching.

First are those who insist that the matching plates, cups, saucer, sugar bowl and cake stand are a basic requirement of the occasion. For sure, if you throw a lot of afternoon tea parties and think it’s important to have everything matching, it’s probably worth the investment – and we have to say, it does look impressive when it’s all set out.

But the second group is made up of those who see the afternoon tea as being a traditional but informal event, and have them infrequently enough to not be too bothered about having a purpose-made set. That’s not to say you don’t need to bring out the quality crockery when you throw your party – quite the opposite. But there’s a relaxed, informal charm to the mix-and-match afternoon tea “set” – and plenty of the most popular professional cafes and restaurants would agree. Likewise with vintage tea sets – it’s unlikely the whole set will survive, so mixing it up a bit – perhaps blending the vintage with the modern – can really work

There’s not enough room here to talk about the foods you’ll be serving for afternoon tea, because, frankly, anything goes. Whereas you might want to stick to dainty small-cut sandwiches, pastries and cakes, there’s a whole world of cuisine that can be converted into finger food if you so desire. You can theme your party on any culinary tradition, and it’s almost certain to be a big hit.

We hope this piece gives you the background of the afternoon tea party, and some ideas of how to lay out the perfect event. Please let us know in the comments how yours went! 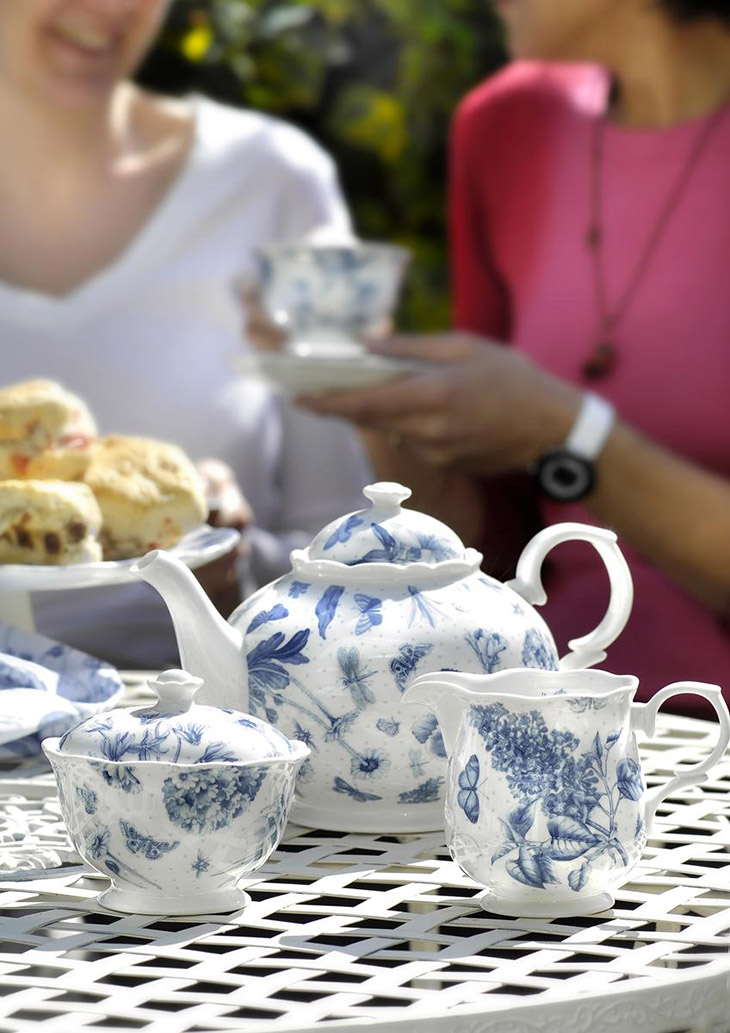