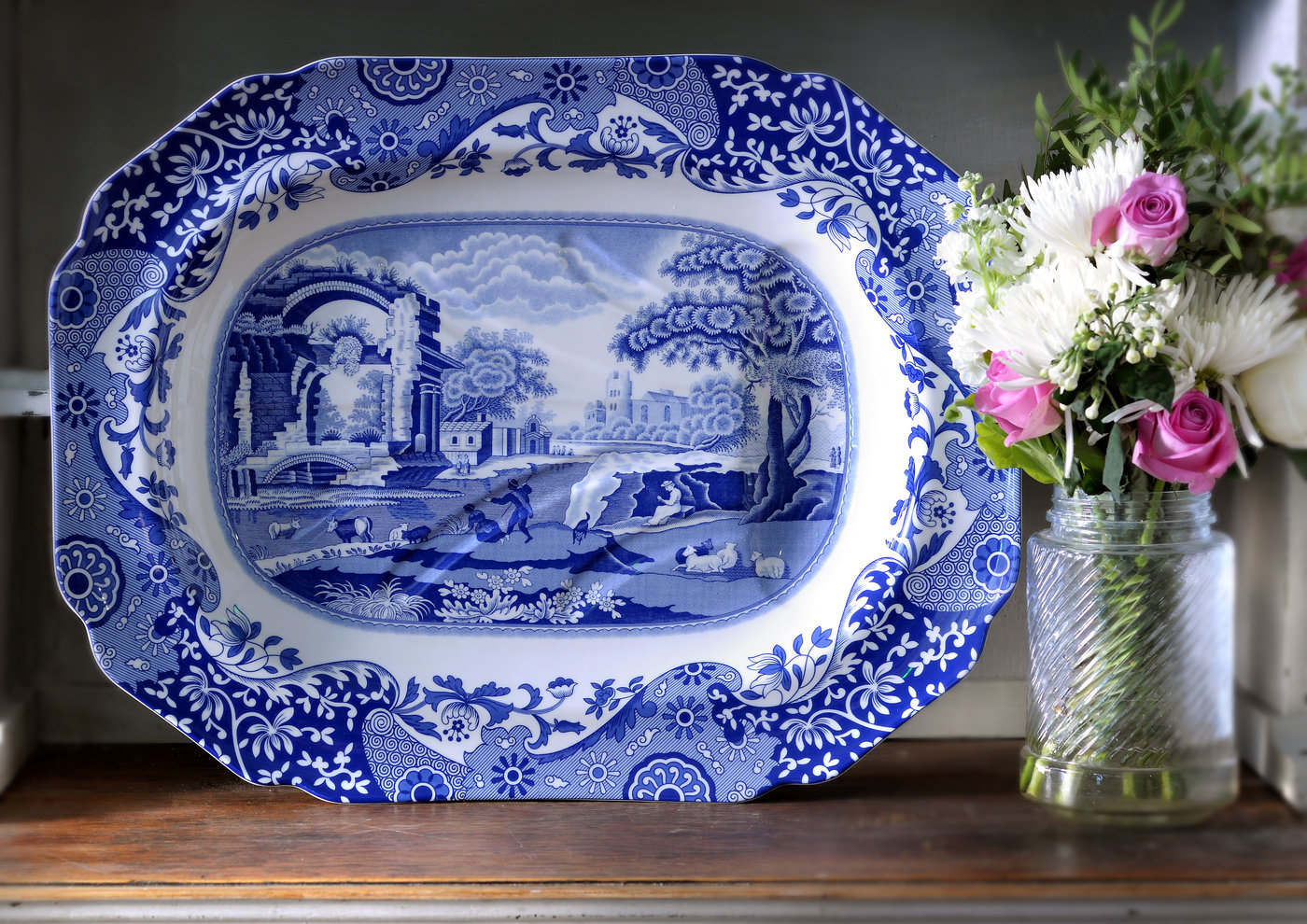 When you see the Spode logo, you’re instantly reminded of quality pottery with quintessential British heritage in every piece. In fact, when you hold one of the plates or pieces of serveware, you’re touching designs and techniques that have been largely unchanged for more than 200 years. The name comes from the company’s founder, Josiah Spode, whose own story is fascinating, tied up as it is with the history of the Staffordshire pottery industry.

Spode worked for the legendary potter Thomas Whieldon (who was one of the key entrepreneurs of the Staffordshire pottery industry) as early as 1749, learning from him for six years and working with pottery’s other famous Josiah, a Mr Wedgwood, who would become Whieldon’s business partner around the time Spode was moving on. Spode set up his own factory in Stoke-on-Trent in 1770, and as his success grew, he would eventually buy the old pottery works in Stoke in 1776, which later became the famous Spode factory. (A trip to the Spode Museum in Stoke is a must, by the way.)

Spode’s most notable achievement was the technique of blue underglaze transfer printing, which he mastered sometime later in the 1780s, but he was also a pioneer in the introduction of new techniques for making bone china of higher quality than had previously been seen. Both techniques are more or less unchanged to this day.

By far the most iconic of Spode’s designs in the Blue Italian collection, which was launched in 1816. As Spode himself pioneered and perfected the technique and the imagery, it’s no wonder his name is most associated with the look, which harks back to classic Chinese pottery, with a nod to the Delftware that was coming out of the Netherlands from the 16th century.

You can get lost in the scenes depicted in the delightful pieces. The imagery is, as the name suggests, redolent of Classical architecture from Italy, at once full of intrigue and import but also peaceful and contemplative. It was a time of Grand Tours, when wealthy British aristocrats and those with new money would take off for months at a time to tour as much of the known world as possible, bringing back with them magnificent tales, and lots of sketches and paintings, which directly inspired Spode.

With these dinner sets, dining from the plates, drinking from the cups or even helping yourself to some gravy for the first time would reveal a little more of the mystery, so it’s not hard to see how the plate sets would have delighted their users as the Industrial Revolution was giving way to the Romantic Era. 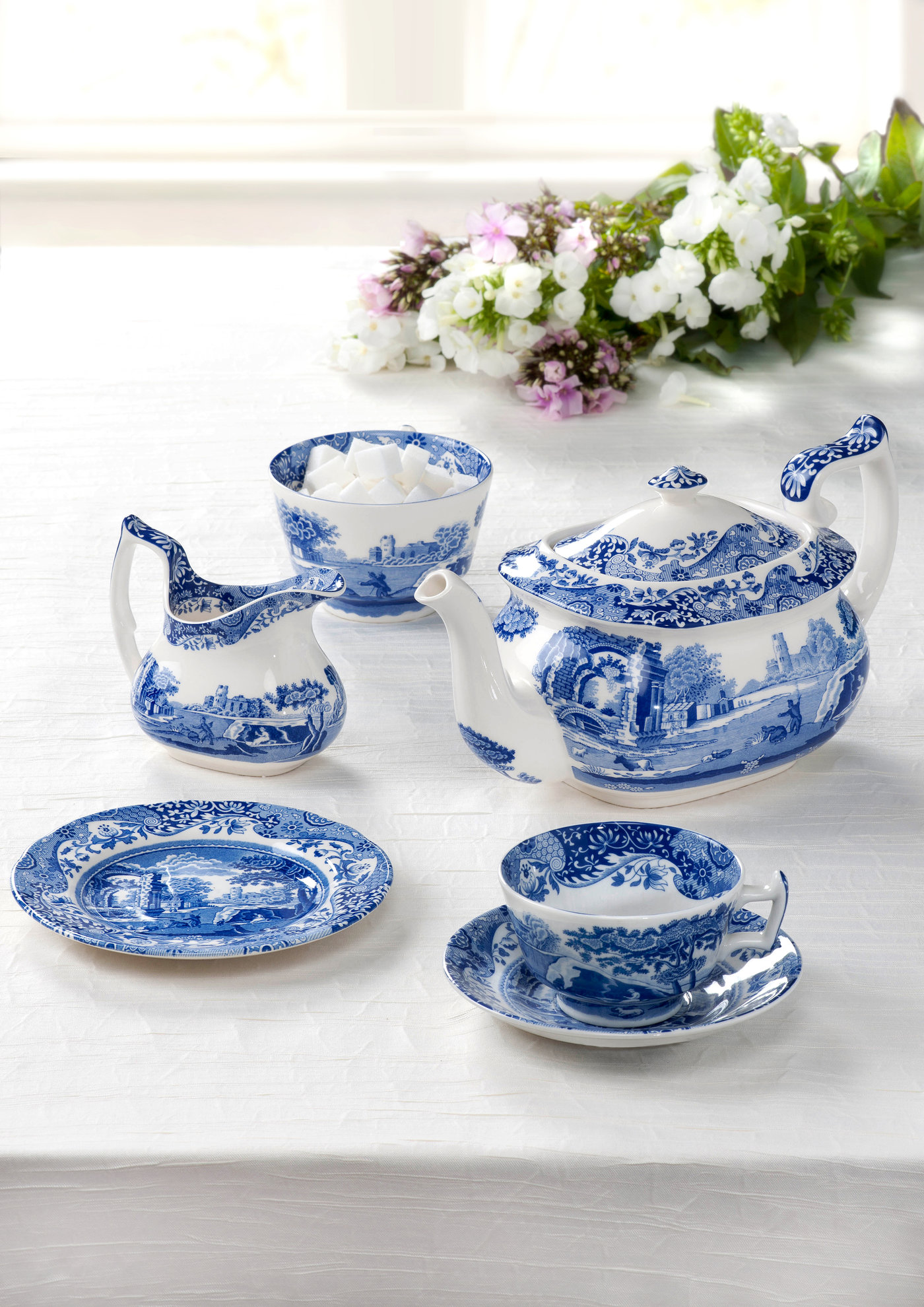 The wonderful thing about Blue Italian is its timeless quality. Today, complete crockery sets are available in the design. Accompanying the plates and cups and saucers are the complete range of tableware, from pasta bowl sets (what could be more Italian?) to soup bowls, jugs, sugar boxes teapots, sandwich trays and even baking dishes. For modern tastes, there’s always the Spode Blue Italian mug, too, which would certainly make you stand out in the office.

The intricacy of the images jumps out at you, but look closer at the detailing, from the shapes of the cup handles to the geometry of the plate edges (they’re not as circular as they first appear). That’s where the quality signatures can be found, and to the connoisseur of fine pottery, it’s what makes Spode a luxury, albeit one that is still affordable to the committed collector from any background. Many Spode aficionados have built their collections over decades, so it’s never too late to start.

The designs of Blue Italian have been transferred over to the sister collection, Cranberry Italian. The tone is slightly more washed out and the effect on the contrast of the designs is notable, and for many lovers of Spode, this is the one they choose to devote the most attention to, although the range is not quite as wide in terms of different pieces. Of course, it’s all down to personal choice in the end. 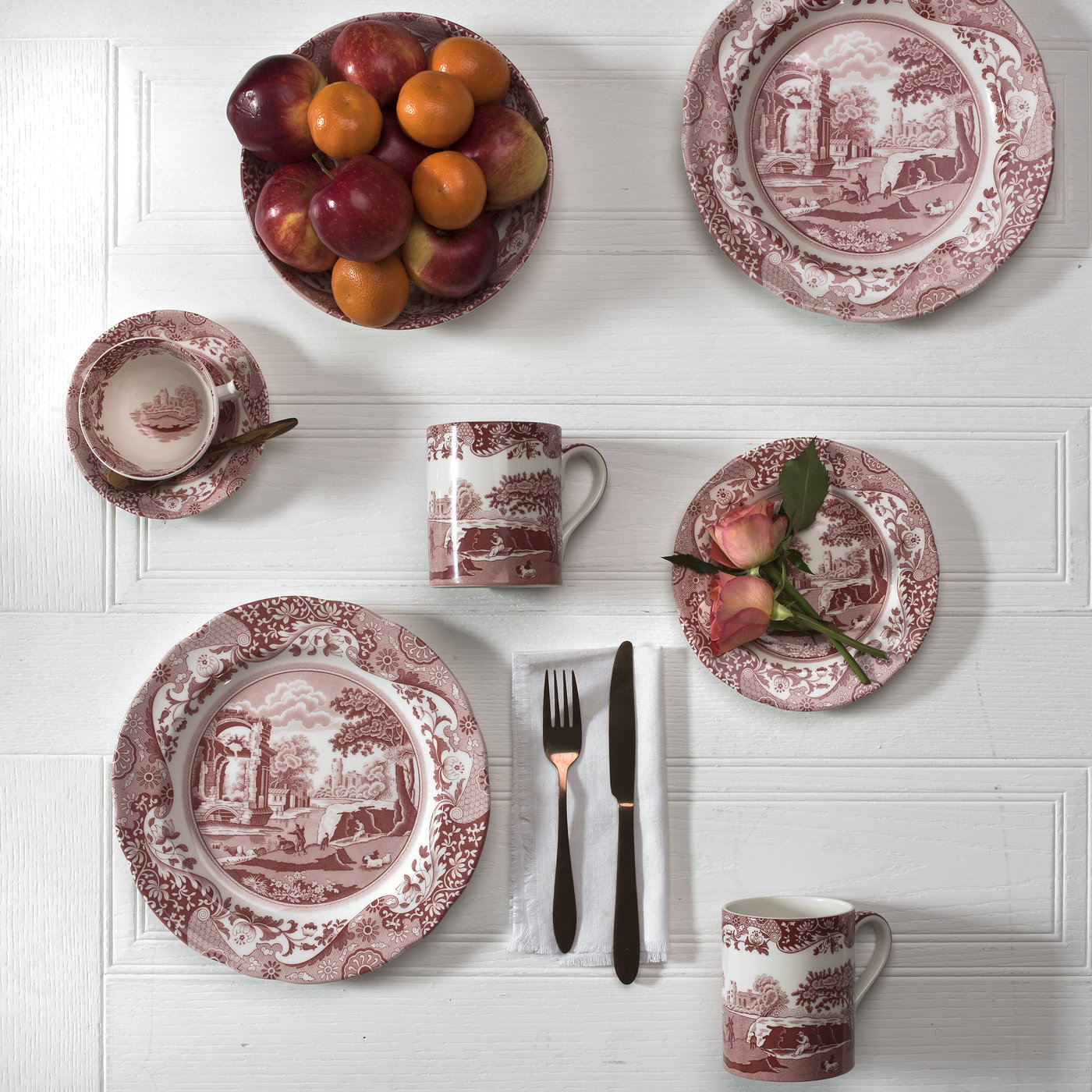 Over the years Spode has designed and produced many more classic tableware designs, such as the enchanting and seasonal Christmas Tree, Christmas Jubilee and Winter’s Scene collections, Blue Room (a botanic take on Blue Italian), the Delamere collections, Giallo, the Scottish-inspired Glen Lodge collection, Ruskin, Woodland and Strawberry Thief. Each is a classic in its own way, and there’s something about the quality and the commitment to design that makes the pieces unmistakably Spode.

Which is your favourite?